Thrills and Chills hip hop hoodies  Just For You !!!

Are you a big fan of Travis Scott? So, this hip hop is for you. It expresses all your dynamism, personality and sporty style. It will become an indispensable item in your daily outfit of a dynamic person like you. Buy it now!

While many weirdly have only just been getting to know Travis Scott as Kylie Jenner’s baby daddy, the rap faithful have been anticipating Scott’s Astroworld since before he dropped 2016’s Birds in the Trap Sing McKnight. After constant delays, last-minute updates, false-start release dates, and a stop-gap collaborative album (Huncho Jack, Jack Huncho with Quavo), Scott’s long-teased third album finally arrived today—and it’s bigger than anyone could’ve imagined. If you’re taking on this 17-song, guest-packed thrill ride, here’s what you need to know going in.

Shoutout to Texas
Astroworld is far more indebted to Scott’s hometown than any of his previous records. The album takes its title from a Houston theme park originally intended to complement the Astrodome, before it was purchased by Six Flags in 1975. The park closed in 1999. “They tore down AstroWorld to build more apartment space,” he told GQ Style. “That’s what it’s going to sound like, like taking an amusement park away from kids. We want it back. We want the building back. That’s why I’m doing it. It took the fun out of the city.” The album positions itself as a pleasure-filled playground for a star-studded cast, but it should also be considered a tribute to the Texas rap community.

Most notably, there is a song called “R.I.P Screw,” an homage to the legendary Houston DJ who invented screw music. Scott honors Texas hip-hop staples DJ DMD (Port Arthur), the late Fat Pat (Houston), and Lil’ Keke (Houston) by sampling their 2001 collab, “25 Lighters,” on “Can’t Say,” a song that cedes quite a bit of space to Houston upstart Don Toliver. Dallas rapper Big Tuck drops in for a monologue on “Carousel,” which also samples his song “Not a Stain on Me.” There are nods, name drops, and interpolations of the late Houston rappers Big Moe and Big Hawk, Screw’s collective the Screwed Up Click, and UGK’s Pimp C. And what some may clearly recognize as a sample of Goodie Mob’s “Cell Therapy” on “5% Tint” might actually be Lil’ Keke’s “Peepin in My Window,” which samples, screws, and distorts “Cell Therapy.” Of course, Texas rap guru Mike Dean—who produced albums for Geto Boys, UGK, Scarface, Willie D, and many more—serves as Astroworld’s executive producer, alongside Scott. This is the first time Travis Scott has really traced his musical lineage beyond his own solipsism, the carefully crafted cult of personality propagated by those directly in his orbit. 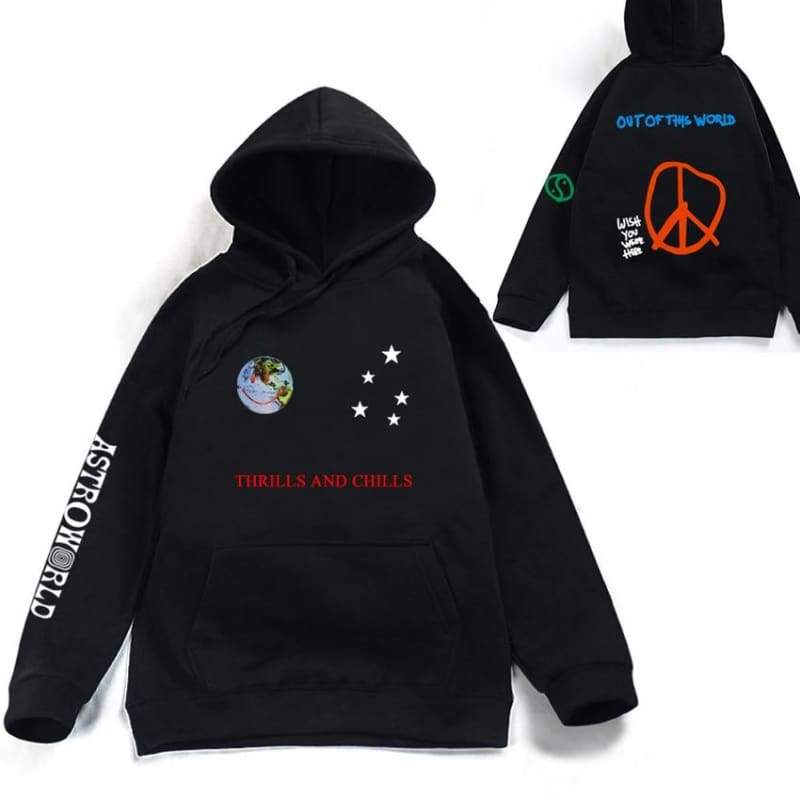