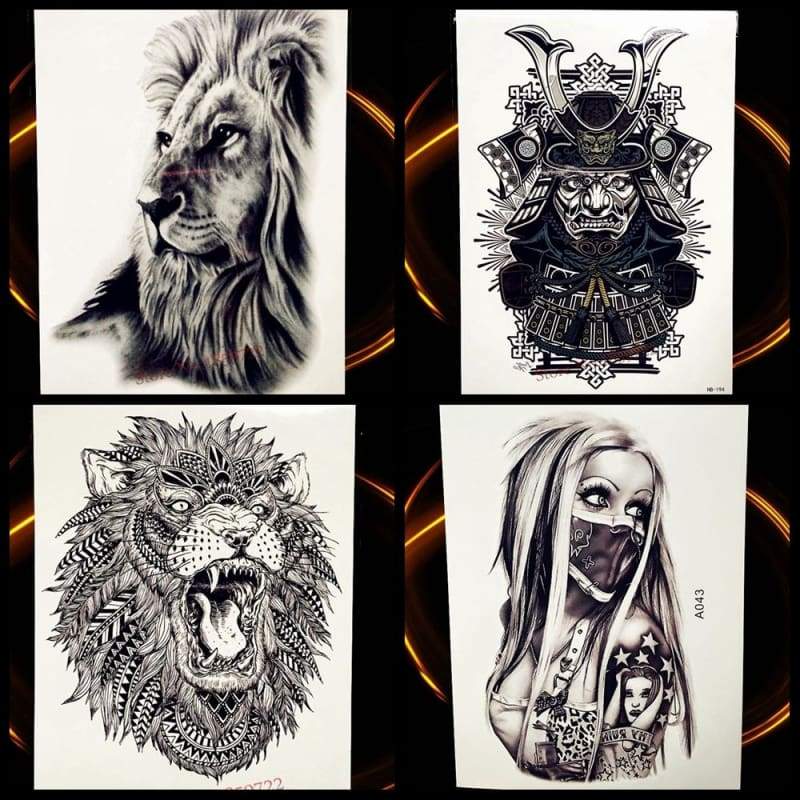 Temporary tattoos have different unique stickers which you can apply it on Arm. It’s waterproof and durable. Some Facts about tattoos

According to a survey, more women than men in the US have tattoos.

When it comes to getting inked, 59 percent of women have tattoos compared to 41 percent of men, according to a new poll released by the Oxygen Network and Lightspeed Research. What’s more, 40 percent of women made their tattoo experience a shared one, often getting inked with friends and loved ones. Apparently women use the “bring-a-buddy” approach to tattoo parlors, just like they do with public bathrooms.
Your skin is pierced 50 to 3000 times per minute by the tattoo machine when you get a tattoo.
The philosopher Confucius was against tattoos because he propagated that the human body is a gift. However, China’s stone sculptures depict men with tattoos on their faces as early as the 3rd century BC.
Plato was of the opinion that persons guilty of sacrilege must be tattooed forcibly.
Americans spend a staggering $1.65 billion on tattoos each year!
The most popular tattoo images are angels and hearts.
A tattoo is etched in the second layer of the skin, the dermis. The cells of the dermis are more stable than those of the epidermis.
Women are more likely to get their tattoos removed as compared to men.
‘Holiday’ is the name given to the area where the color of the tattoo has faded.
Laser surgery is the most effective tattoo removal technique. Black is the easiest color to get rid off as it absorbs a greater number of laser waves.
Green and yellow are the most difficult to remove.