Snowman Covers For Fridge Just For You

This tank top with is a lightweight, breathable top for any activities, give a slight relaxed sexy style fit. Pair it with your fave high-waist jeans or shorts and sneakers to complete the fresh summer look. It is so great for summer beach on holiday, outfits club party. Buy it now!

When the summer months are upon us, one of the most popular items in many wardrobes is the tank top. It can be dressed up with a jacket and smart jeans, or dressed down with pajamas and worn to bed. Tank tops keep your arms and neck cool while covering the rest of your upper body. When the temperature is warm, they provide just the right amount of coverage.

But when did we first see tank tops making their way into modern society?

Before the 1920’s, men and women were not seen showing their arms off in public. However, the Roaring Twenties brought about a revolution in the world of fashion and clothing. Women were cutting their hair shorter, wearing dresses which were more revealing than the previous trends, and enjoying human contact (such as rebellious hand-holding!) with their male partners while they danced or walked down the street.

The introduction of women’s swimming into the Olympic Games came along in 1912, held in Stockholm, Sweden. A total of 27 women competed in the swimming events at these particular games, and their swimwear was deemed “immodest” by many news outlets and spectators. The costumes they wore were very similar to modern-day tank tops, but with an added piece which resembled shorts to cover the top half of the thighs.While we might call it a “swimming pool” these days, back in the 1920’s, it was known as a swimming “tank.” Thus, the items worn by female swimmers were referred to as “tank suits,” in other words, a suit which was worn in the tank! Tank suits were made from a variety of materials including silk, which was considered very immodest since it was often see-through after going in the water. Cotton was also used, and heavy woolen materials were considered the most modest since they were so thick and concealing.

The top of a tank suit had straps which were almost identical to the straps we see on tank tops today. The straps would keep the suit up, but the lack of sleeves gave female swimmers the freedom of movement and flexibility that they needed in order to perform to their full potential in the pool.

During the 30’s and 40’s, tank tops were often seen worn by men in American movies. The characters wearing tank tops were usually the villains, and were featured abusing their wives (usually physically). Because of this, tank tops were colloquially known in America as “wife-beaters.” In the early 1950’s when A Streetcar Named Desire was released starring Marlon Brando, he wore a tank top as character Stanley Kowalski. His character was seen as the villain and rapes his sister-in-law Blanche DuBois at the end of the movie.

Down the ages, movies such as Footloose, Die Hard, and Con Air featured A-listers such as Kevin Bacon, Bruce Willis, and Nicholas Cage wearing tank tops, bringing this clothing item even further into popular culture and entertainment.

It was only in the 1970s that men and women started wearing the tank top as a regular every-day piece of clothing. The 70’s saw massive changes in fashion, thanks to movie, music videos, and celebrities. Bell-bottomed trousers were popular for both sexes, and hot pants also came into fashion for women. The general sense of fashion during this decade was that the top half should be tight or form-fitting, and the bottom half should be looser. As a result, many people were wearing tank tops with leather jackets and other materials over the top, with loose-fitting jeans or pants. As the Western world became more liberal, more people started to frequent beaches and parks during the summer, wearing less clothing in order to sunbathe and enjoy the warmer weather.

Progressing into the 1980’s, the tank top only succeeded in getting even more popular. One type of tank top which was particularly popular was the Bundeswehr Tank Top, which appeared as a result of surplus clothing in the German army. These tank tops soon became available in many stores around America, the U.K. and the rest of the Western world, with people buying them in camping shops, souvenir shops and clothing stores.

The 1990’s saw the rise of the simple fashion trend which has continued into the present day: a tank top and a pair of jeans. While the jeans in the 90’s were more likely to be bootleg as opposed to today’s popular skinny jeans, the idea was still the same. Tank tops were seen with strappy tops, and displaying the midriff was a firm favorite with women of the 90’s, thus resulting in cropped tank tops. Celebrities such as The Spice Girls showed off their toned figures in tank tops for music videos such as Wannabe in 1996.

Nowadays, tank tops can be seen in a variety of different styles and colors, and are often worn to the gym, on the beach or simply to go to the shops when the sun is shining and the weather is warm. 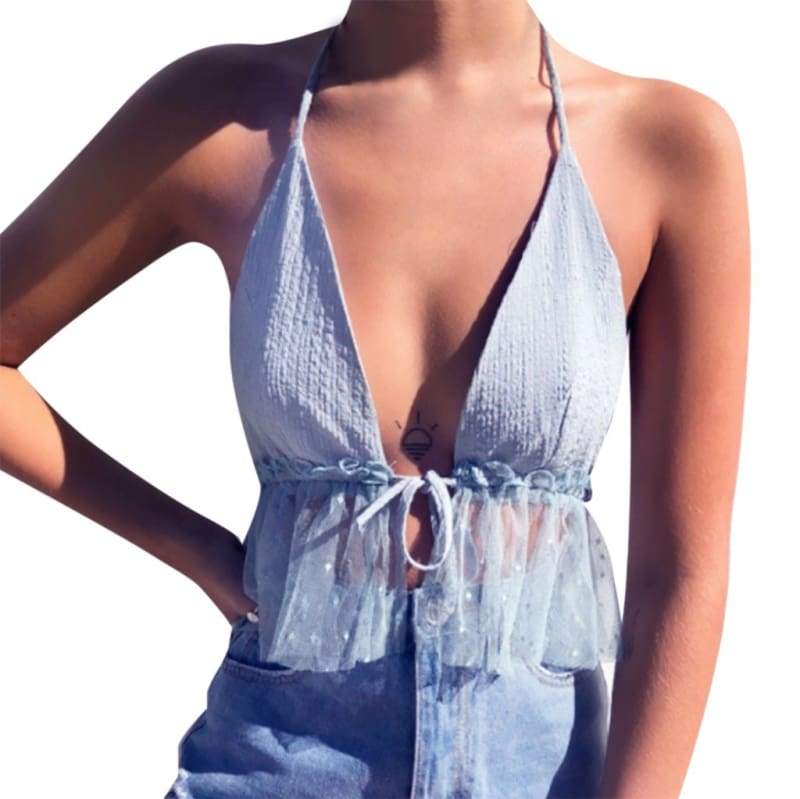