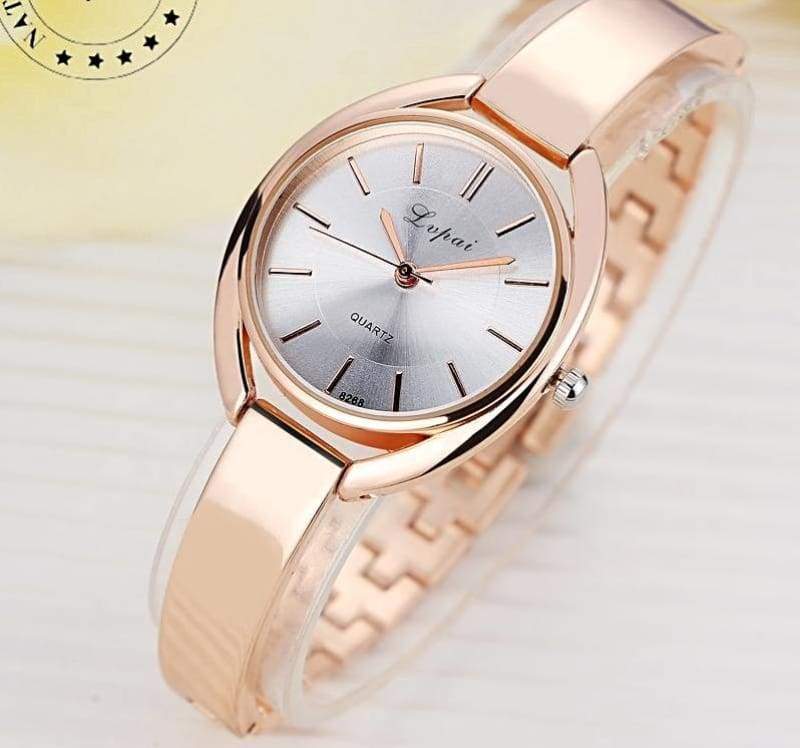 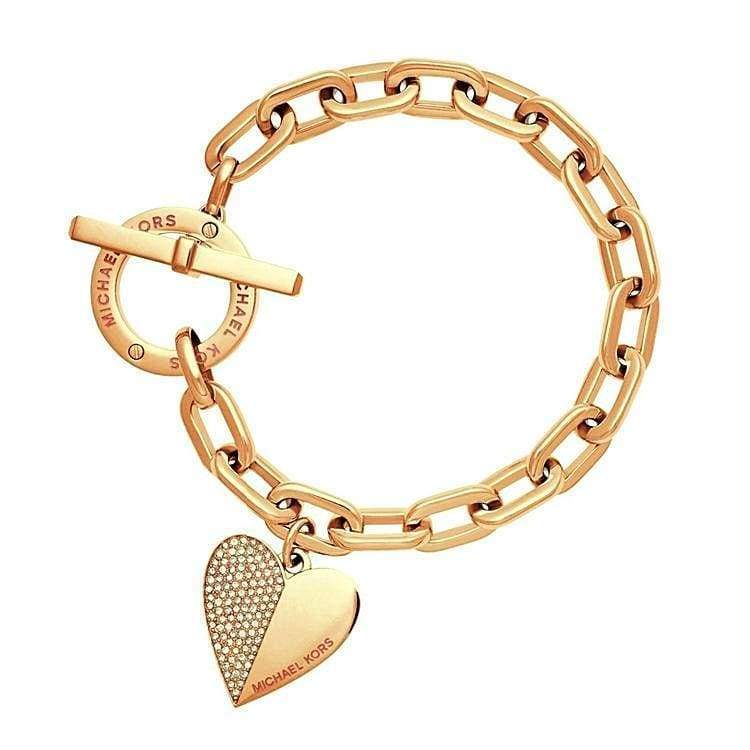 A quartz clock is a clock that uses an electronic oscillator that is regulated by a quartz crystal to keep time. This crystal oscillator creates a signal with very precise frequency, so that quartz clocks are at least an order of magnitude more accurate than good mechanical clocks. Generally, some form of digital logic counts the cycles of this signal and provides a numeric time display, usually in units of hours, minutes, and seconds. Since the 1970s, they have become the most widely used timekeeping technology. 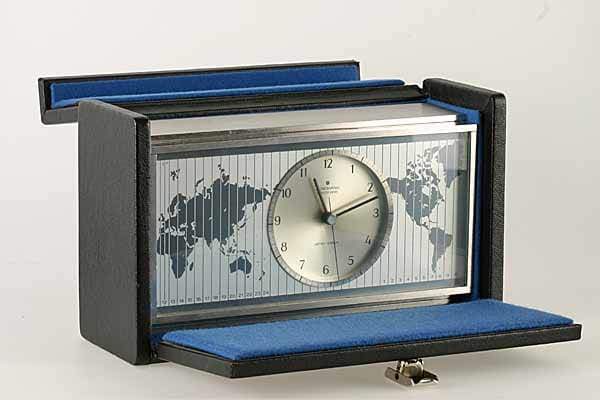 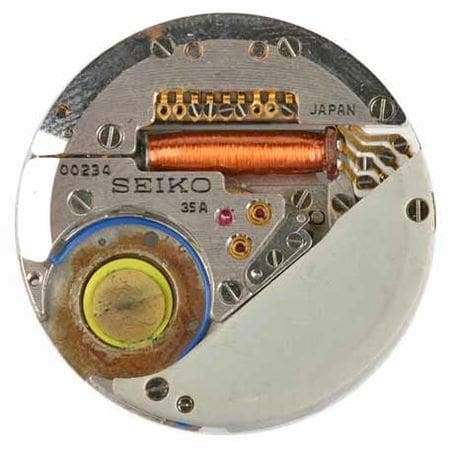 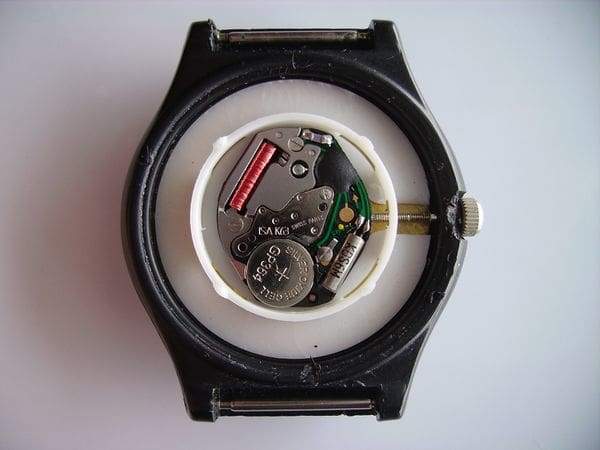 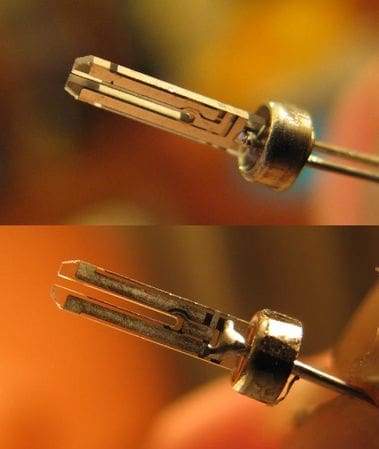 Picture of a quartz crystal resonator, used as the timekeeping component in quartz watches and clocks, with the case removed. It is formed in the shape of a tuning fork. Most such quartz clock crystals vibrate at a frequency of 32,768 Hz. 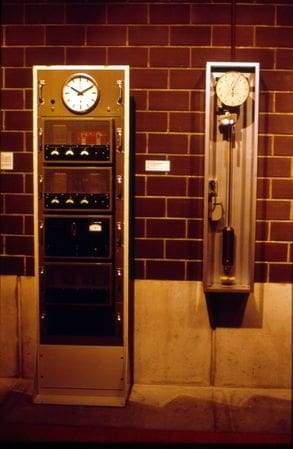 The first Swiss quartz clock, which was made after WW II (left), on display at the International Museum of Horology in La Chaux-de-Fonds. 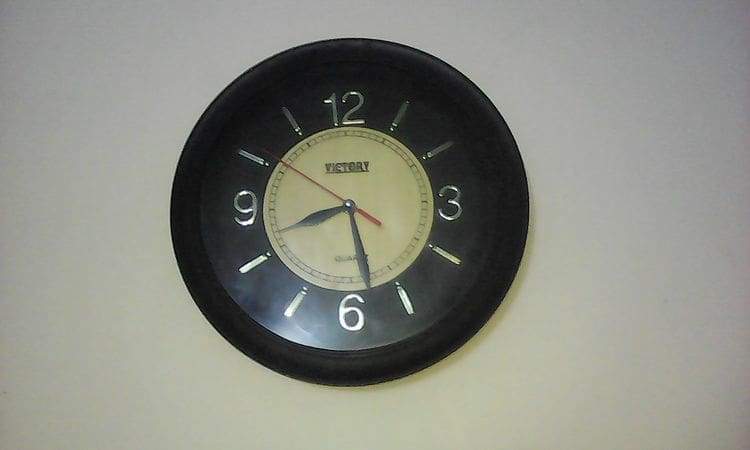 A quartz clock hung on a wall. 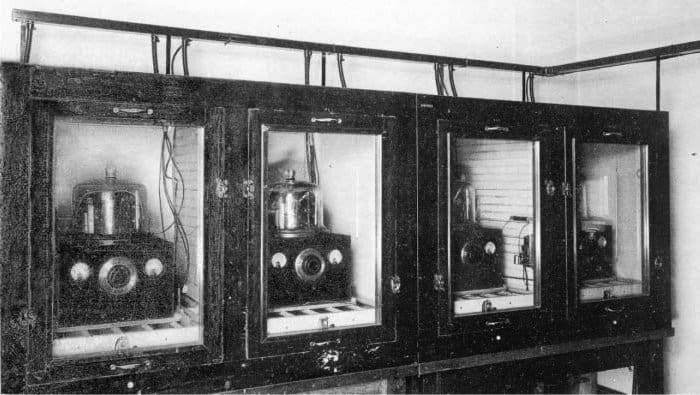 Four precision 100 kHz quartz oscillators at the US Bureau of Standards (now NIST ) that became the first quartz frequency standard for the United States in 1929. Kept in temperature-controlled ovens to prevent frequency drift due to thermal expansion or contraction of the large quartz resonators (mounted under the glass domes on top of the units) they achieved accuracy of 10−7, roughly 1 second error in 4 months. 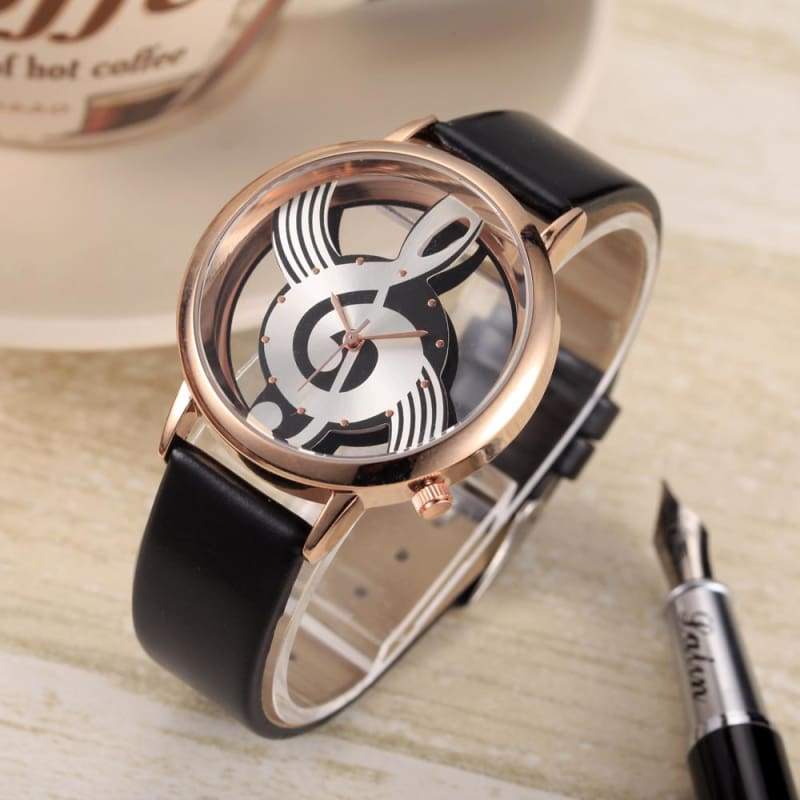