Go to sleep comfortably with this cute dachshund pajama set! This is 2 pieces set with a crop top T-shirt and loose shorts with an elastic waist. Stylish but not monotonous, it brings a lovely look and comforting feeling for whenever you wear it. Buy it now!

Dachshunds can be stubborn and difficult to housebreak. Crate-training is recommended.
Dachshunds are intelligent dogs with an independent nature and playful spirit. Because of this, they can be mischievous. Be patient, firm, and consistent when training them.
Because they were bred for hunting, they can exhibit some behaviors that are related to that. They were designed to dig into badger burrows, and that instinct may lead them to dig up your dahlias instead. They were bred to be tenacious in the hunt, and this instinct may lead them to be relentless in pestering you for a treat. They were bred to not only hunt but kill their prey; in your household, the “prey” most likely will be your Dachshund’s toys and he will effectively “kill” them one after the other.
Dachshunds have loud, deep barks for a dog their size – and they do like to bark!
If you don’t watch out, your Dachshund can become fat and lazy, which will put more strain on his fragile back. Be sure to monitor your Dachshund’s food intake and keep him at a healthy weight.
Dachshunds are prone to having slipped disks in their backs, which can lead to partial or full paralysis. Don’t let them jump from high places, and when you hold them, support their backs.
Your Dachshund will probably be a one-person dog. By nature, he can be suspicious of strangers, so it’s important to socialize him when he is a puppy.
To get a healthy dog, never buy a puppy from an irresponsible breeder, puppy mill, or pet store.

The Dachshund was created in Germany where he was known as the badger dog, dachs meaning badger and hund meaning dog. Illustrations of dogs resembling Dachshunds date to the 15th century, and documents from the 16th century mention the “earth dog,” “badger creeper,” and “dachsel.” Badger wasn’t the Dachshund’s only prey. He was also used on den animals such as foxes, and packs of Dachshunds trailed wild boar. Those early Dachshunds varied greatly in size. The dogs used on badgers and boar weighed 30 to 35 pounds. Dachshunds used to hunt foxes and deer weighed 16 to 22 pounds, and smaller 12-pound Dachshunds hunted hares and weasels. For a brief time in the early 20th century, 5-pound Dachshunds were used to bolt cottontail rabbits.

Known as the Teckel in Germany, the breed was refined over the course of many years by German foresters in the 18th and 19th centuries. They wanted to develop a fearless, elongated dog that could dig into badger burrows, and then go into the burrows to fight the badger to the death if necessary. The Smooths were the original type, created through crosses with the Braque, a small French pointing breed, and the Pinscher, a small terrier-type ratter. French Basset Hounds may also have played a role in the Dachshund’s development. The long-coated Dachshunds were probably created through crosses with various spaniels and the wirehairs through crosses with terriers.

Carefully sculpted through years of breeding, today the Dachshund is the only AKC-recognized breed that hunts both above and below ground. Their short, powerful legs enabled Dachshunds to go deep into narrow tunnels to pursue their prey. Their long, sturdy tails, extending straight from the spine, provided hunters with a “handle” to pull the Dachshund out of the burrow. The Dachshund’s unusually large and paddle-shaped paws were perfect for efficient digging. The Smooth Dachshund’s loose skin wouldn’t tear as the dog traversed into tight burrows. Their deep chest with ample lung capacity gave them the stamina to hunt, and their long noses enabled them to be good scent hounds. Even their deep, loud bark had a reason – so the hunter to locate his dog after it had gone into a burrow.

And of course, they had to be bold and tenacious. Although the original German Dachshunds were larger than the Dachshunds we know today, you can still see the fearlessness for which the breed was developed in even the smallest varieties. Give your Dachshund a squeaky toy and he’ll likely “kill” it by destroying the squeaker as quickly as possible. Remember, these dogs were bred not only to hunt prey, but kill it as well.

In the 1800s, Dachshunds started being bred more as pets than as hunters, especially in Great Britain. They were favorites in royal courts all over Europe, including that of Queen Victoria, who was especially fond of the breed. Due to this trend, their size was gradually reduced by about 10 pounds. Eventually, an even smaller version – the miniature dachshund – was bred.

The breed became very popular in the early 1900s, and in 1913 and 1914, they were among the 10 most popular entries in the Westminster Kennel Club Show. During World War I, however, the breed fell on hard times in the U.S. and England because they were closely associated with Germany. Dachshund owners sometimes were called traitors and their dogs stoned. After World War I, some U.S. breeders imported some Dachshunds from Germany and the breed started to become popular once again. The breed faced a similar fate during World War II, but not nearly so severely as during World War I.

In the 1950s, Dachshunds became one of the most popular family dogs in the U.S. again, a status they have enjoyed ever since. While Dachshunds rarely are used as hunting dogs in the U.S. or Great Britain, in other parts of Europe, especially France, they still are considered hunting dogs. Today the Dachshund ranks sixth among the 155 breeds and varieties recognized by the AKC. 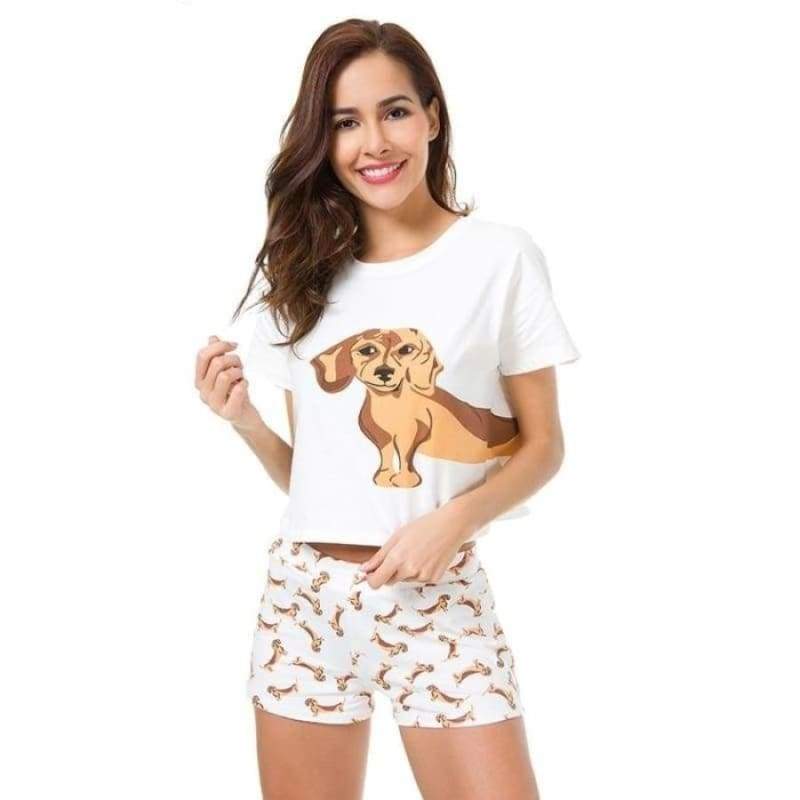