Carry a token of your love wherever you go. Our pendant features the double heart in the circle with the lover’s name around. Personalize this piece with four birthstones joined in the shape of a heart, and add your names or a heartfelt message up to 20 characters or four names. It could be the family gift, love gift. Get yours and for your lovers to show them how much you love them! 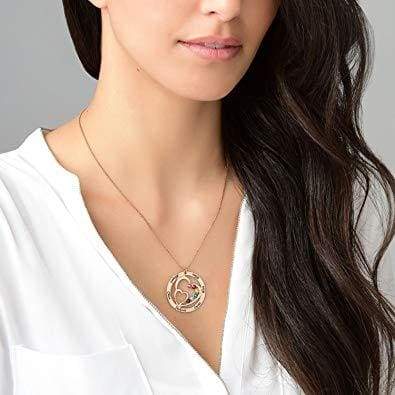