Firing Cap Gun Just For You

Imagine waking up with a series of great emotions. Surely that day will become your happy day. So, what do you hesitate anymore? Let wake up every morning and feel relax when seeing funny expressions every day with Emoji smiley cushion. These cute pillows will make your room more exciting and unique. Place them on your couch and let them draw a smile on your face every time you see them! 1. For the third year running, the “Face with Tears of Joy” emoji reigns supreme on social media. It dominates on Twitter and on Facebook as the most-used on both social media platforms. This same symbol was even picked as the Oxford Dictionary’s Word of the Year in 2015.

2. There are now 2,666 official emoji. The Unicode Consortium, the governing body that manages the official emoji keyboard, expanded its offerings dramatically in 2017,thanks to a new array of options in skin tone, gender selection, and professions. There were just 722 as recently as 2015.

4. Emoji were first invented in 1999, but not commonly adopted until 2011. Japan’s Shigetaka Kurita first crafted the universal language in preparation for the launch of a mobile internet system called NTT Docomo, with 176 12-pixel-by-12-pixel symbols.

5. Now, more than 5 billion emoji are sent daily on Facebook Messenger alone. They’re also wildly popular on Twitter, which regularly makes custom emoji for events and hashtags, and Instagram, where users can hashtag with emoji. Besides the “Face with Tears of Joy,” people tend to love the red heart, the heart eyes smiley, and the kissing face smiley across platforms.

6. Apple has a surprising secret in some of its emoji. In iOS, emoji that feature text in their icon actually use text from Apple’s famous “Think Different” ad campaign. Both the clipboard and book emoji use this text.

8. The Museum of Modern Art owns the original emoji collection. 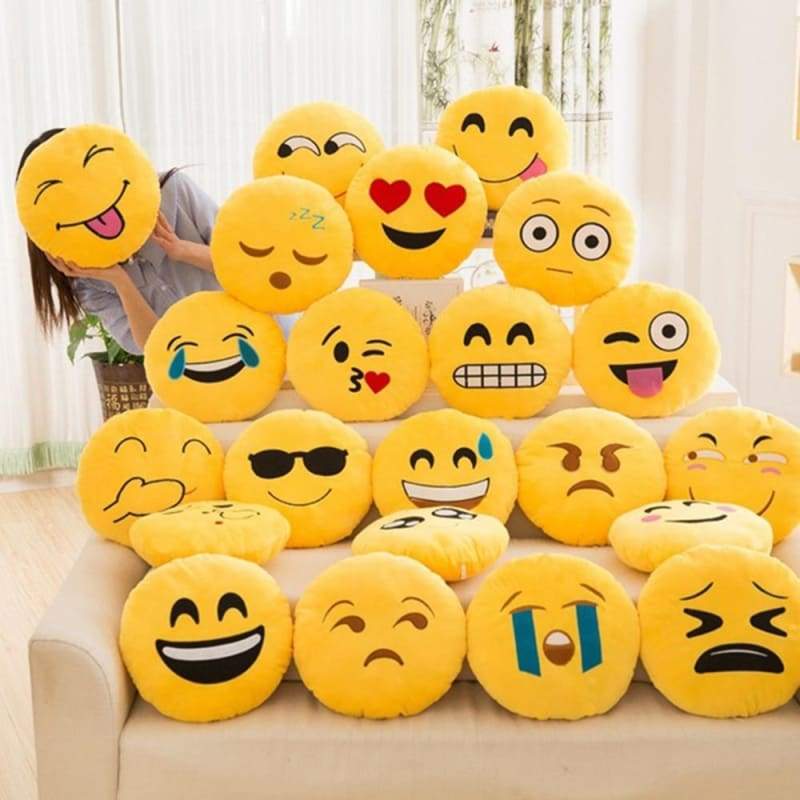